I had installed Arch Linux UEFI on my main workstation on 04 November 2015 at ~03:10 hrs. I got my trusted lieutenant, Xfce, installed immediately. I used this recipe as a guide.

Now, Linux does not tell us the installation time the way Windows does with the systeminfo command: 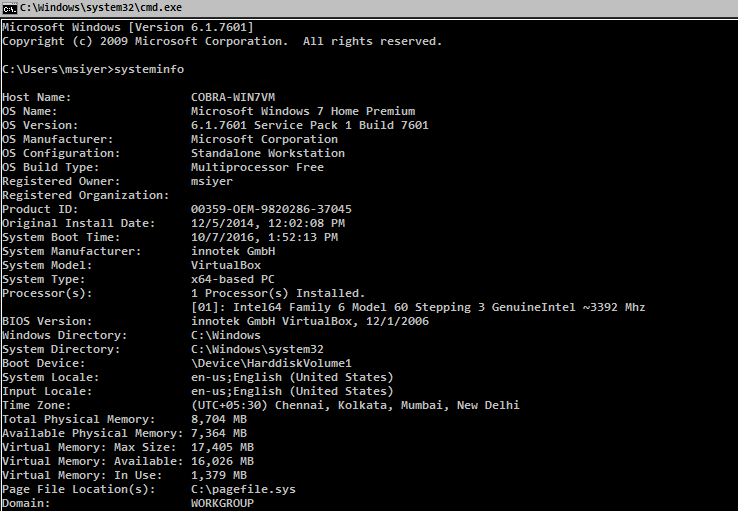 How, then, do I know when I installed Arch Linux?

Prior to that I had allowed openSUSE Tumbleweed to rule my workstation. I was very happy for quite a long time. However, stability tumbled away and I was left with an OS that froze every now and then. I believe it was all due to Plasma 5. I had the same experience with it on Arch Linux too. I installed it because I was bored with Xfce.

I had never faced an update issue in the past almost one year. Yesterday’s update, however, broke VirtualBox. A very minor thing. This breakage notwithstanding, I think, this level of stability for a rolling-release is just unbelievable. This is something Corporates with unending supply of money and resources aim to achieve.

I did what the message asked me to do:

This is what I got in return:

I did the following in /sbin directory:

I purged VirtualBox and installed again. No change in results.

Since the message said that it was the loading of vboxdrv that had failed, I thought of loading the driver myself and it worked:

dkms is supposed to do the dirty work of updating modules for me. dkms has been extremely reliable all these months. Never had a trouble. On Arch Linux you need to install VirtualBox dkms package. Let me query my packages and show you:

The result of the query is:

My Arch Linux experience has been extraordinary. I trust it so much that I have it installed on my main workstation. It may break some day down the line, but I will not hesitate to spend a couple of hours to install it back and get things back on track.