IceWM was an accidental discovery made during my quest for a minimal openSUSE system. I had previously experimented with Xfce and Mate and both were not to my liking, at least on openSUSE. I chose the Generic Desktop option in the installer expecting a minimal, barely usable system. I assumed I would build upon it just like I do on Arch. What I got was a minimal IceWM system. However, it was totally usable and more. It blew my mind.

IceWM is a Window Manager (WM) for the X Window System:

The goal of IceWM is speed, simplicity, and not getting in the user’s way. It comes with a taskbar with pager, global and per-window keybindings and a dynamic menu system.

A WM is the foundation on which a Desktop Environment (DE) stands. KDE Plasma 5 DE, for example, uses KWin while GNOME uses Mutter as default WMs. However, these can be swapped out for other WMs.

A window manager is system software that controls the placement and appearance of windows within a windowing system in a graphical user interface.

Why not a Desktop Environment?

Desktop Environments (DE) are great for people who want a fully-configured, working system right after install. I had been using KDE Plasma 5 for a very long time. I would run it on old hardware too without much trouble. I have used Xfce too.

There are a few reasons for not wanting to use a DE:

How to get IceWM during openSUSE installation 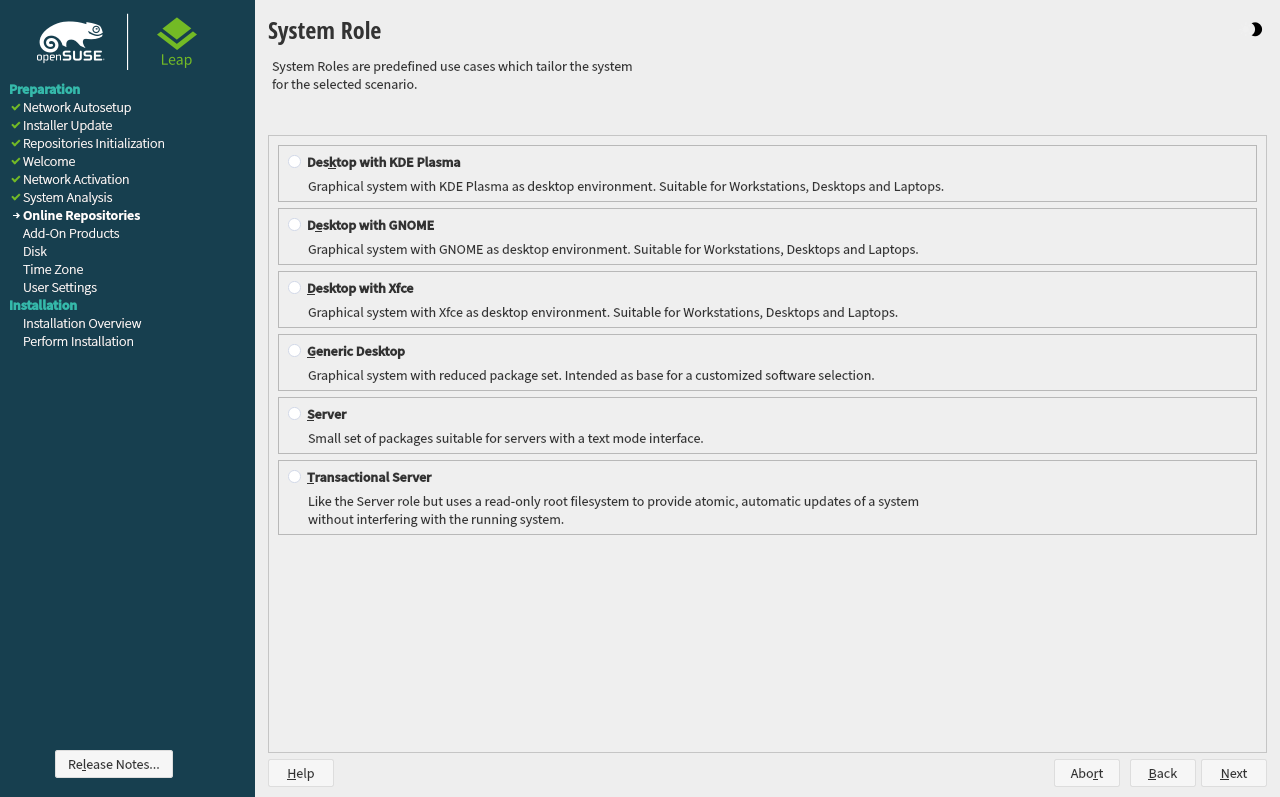 IceWM also powers the YaST Installer (image above). So, it is quite important.

Setting up the workstation

Since no polkit exists in base IceWM install, elevation prompt does not work and error occurs:

Does not list in IceWM menu. Can be launched from command line, takes screenshot, but no control whatsoever:

Works flawlessly. Has all the desired bells and whistles.

Wicked did not work properly with my Broadcom BCM43228 wifi card. Installed NetworkManager.

The nmcli works flawlessly. In any case, I use NetworkManager in Arch also. So, it is easy to work with.

Everything works. pavucontrol lets me control everything.

Downloaded and tried to run peazip

Then, get rid of xdm. Running --clean-deps for xdm will nuke the X Window System. So, no --clean-deps:

KDE Plasma's official File Manager, Dolphin, has a bug which forced me off of openSUSE Leap 15.2. I installed openSUSE Tumbleweed in the hope that the newer versions of KDE Plasma might have gotten rid of the bug. I was shocked when I saw the dangerous bug eerily smile at me in openSUSE Tumbleweed.

The steps I followed to properly set up KDE Plasma 5 on FreeBSD in VirtuaBox guest on an openSUSE Leap 15.1 host.